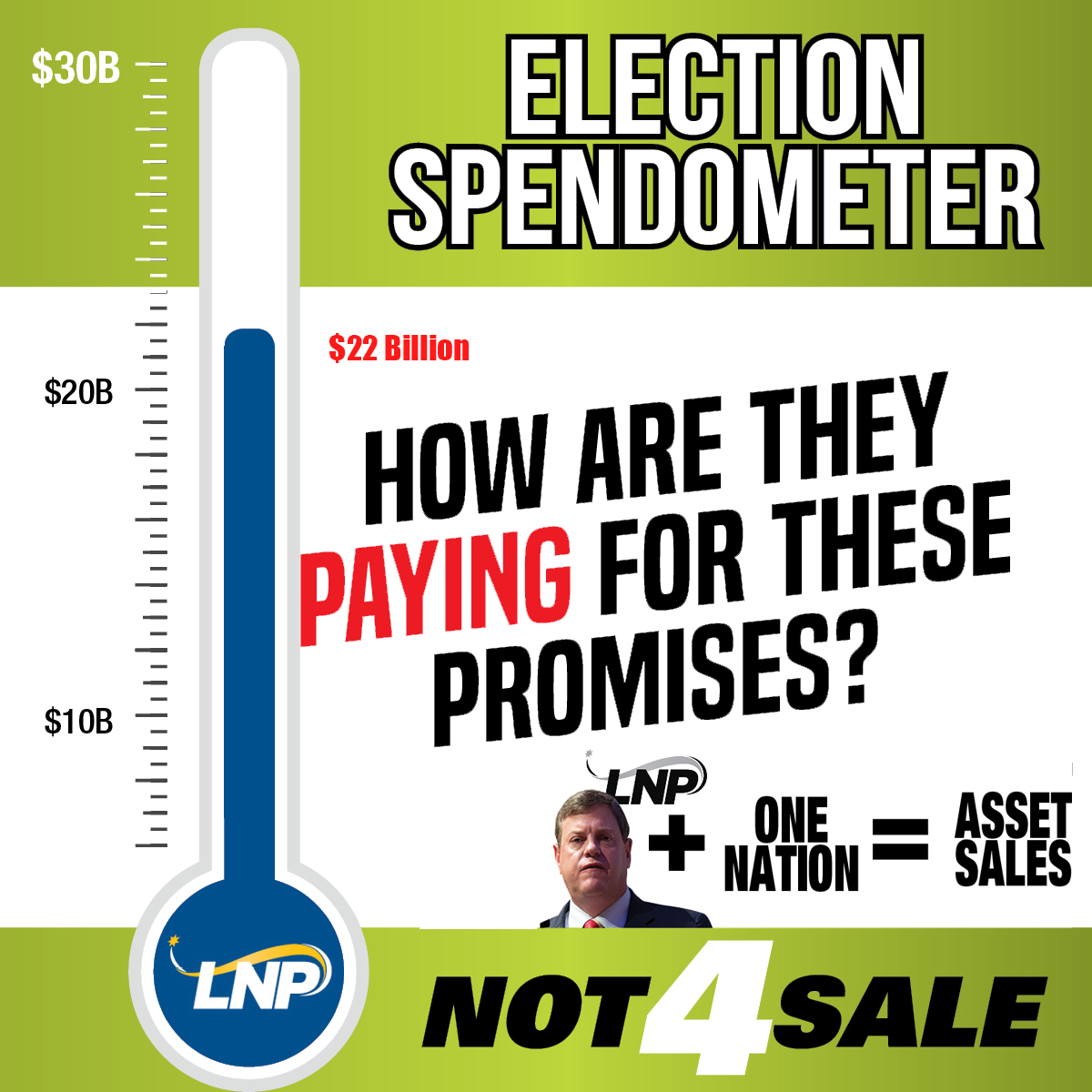 Queenslanders concerned Tim Nicholls has no way to pay for the cost of the LNP’s campaign promises fear he is holding back plans to sell the state’s electricity assets until the last minute.

The LNP have so far promised more than $22 Billion worth of policies this campaign, but Mr Nicholls again refused to reveal how they will pay for these promises in an interview on ABC Radio 612 this morning.

Not4Sale Campaign Coordinator Stuart Traill said Tim Nicholls needed to come clean on the LNP’s plan to pay for these commitments, as Queenslanders were fearing the worst.

“At the last election Tim Nicholls was saying asset sales were the only way for the LNP to pay for their promises unless Queenslanders wanted cut to services and jobs, or taxes to be raised,” he said.

“Yet here he is less than three years later refusing to say how he will pay for more than $22 Billion worth of campaign promises.

“We know that he was part of a government that lied to voters in at the last election about there being no jobs cuts, then they got in and sacked over 18,000 public servants.

“So why would anyone believe he won’t sell our assets?”

Mr Traill said voters could not trust Mr Nicholls with the fate of their assets as privatisation was in the LNP’s DNA.

“Tim Nicholls was the architect of the Newman Government’s Strong Choices campaign to sell Queensland’s power networks at the last election. Who can seriously trust he won’t try it again?” he said.

“The best way Queenslanders can protect themselves from power price rises is to keep our power assets in public hands. And the only way to do that is to put the LNP and One Nation last.”